The Montanari family own four farms. They were originally not on my list of coffee farms to visit, but having heard about what they are doing I was privileged enough to visit. The farm is in its third generation and the younger son (Marcelo Montanari – Owner of Fazenda São Paulo)  is very involved in the farm. He is a qualified agronomist and lectures at the local university which hold an number of coffee related courses. In fact Sandra also lectures there, Sandra was our primary guide at Expocaccer (see pic at previous farm or next to Acacia tree at Pântano).

Pic below is Frog Quaffer on their bags Expocaccer prepared for them. Also, you can see their sustainability award they received.

So some of what follows is quite intense, and relies on the fact that you should have read lessons learnt about Brazilian coffee.

The Montanari’s have studied sugar content correlation natural (dry process), pulp natural (PN) and washed coffees and final cupping score. The results have shown that there is no correlation between sugar content of the cherry when picked for the natural and pulp natural, however there may be a correlation with the washed coffees, they are looking at this. However, these results are different from the ones we have heard regarding experiments in other countries.

Brazil does not allow the import of any coffee into the country so many of the large coffee companies are requesting that the farms produce washed coffees. The São Paulo farm was selected by Nestle (considered very important in Brazil). Nestle looked at the soil the altitude and the rainfall and decided they wanted to use the farm to do experimentation with washed. The washed is de-pulped and left in mucilage 24 hrs then 12 hrs in water, until the water’s pH is 4. If it goes below then  it damages the bean. If after 24 hours the pH I be between 4-5 then the coffee will cup well, otherwise there was an error.

We then watched a presentation that he had prepared. Here is summary of the points:

When then took a look at first the mechanical sorter then the farm, Which was next to their drying patio.

The mechanical sorter separates on weight, green and ripe sink. Green ones you cannot squash so those are separated. Green they leave in box for 24 hrs then ferment and then reprocess.

The floaters they treat differently and are used in internal market. Over ripe also float you treat different and they can be used for capsule coffee has a lot of body and sugar.

We then took a look around the farm it looked much healthier than the farm we had seen before the biomass and water savings are being reflected in the trees. the bio mass is left to run wild and then reintroduced into the soil after harvest. 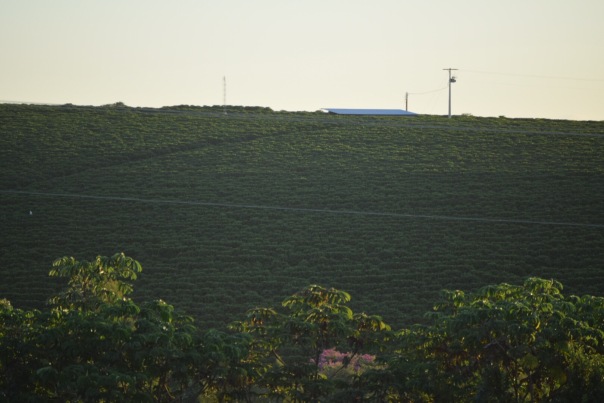 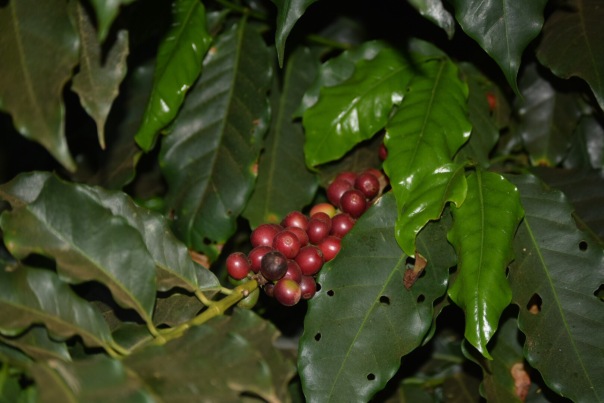