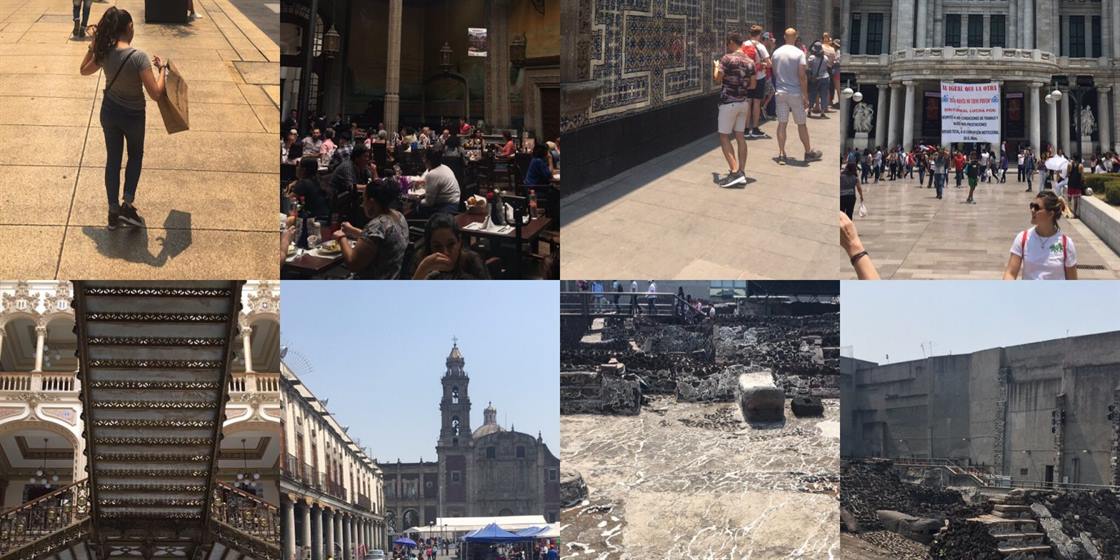 Sometimes our pursuit for coffee takes me to countries I would usually not visit. In this case, it has bought us to Mexico. Although we are looking for coffee in the South, our travels allowed us a spare day in Mexico City.

With one whole day only, the quickest way to see the tourist things are tours. The tour I went on was the walking tour I saw many interesting sites. Wiki is the best source for full info, but this is what we saw.

We started with a free walking tour (only tips to be paid, or pay what you feel it is worth) hosted by Mar.

While it was well known before Spectre, I believe this movie took an icon and cemented it. The Cathedral, like most of Mexico City (built on a lake), is sinking and so is a little lopsided. After some work, the sinking has been stopped, but to remember its past a pendulum was installed showing the movement and recovery work. 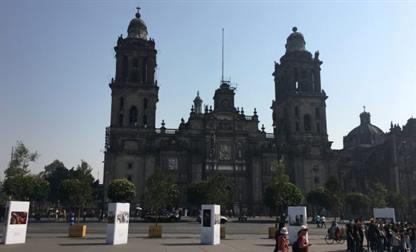 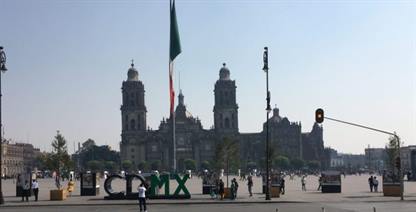 Cathedral from across square

Although the Spanish built the Cathedral on the ruins of the Mixtec temple, when the city was excavating near the Cathedral, they found the ruins of the Templo de Mayo. One can see the remains of the seven temples that were built one on top of each other. Apparently, each Mexican king in the time of the Mixtecs built a bigger temple on top of the one built. When the Spanish conquered Mexico City, the temples were laid to ruin, with many of the original stones reused in the Spanish Buildings. But luckily there are enough ruins for us to see the original.

The temple was the centre of a Mexican city, and so the Spanish probably built on top of other buildings. As a result, caused some parts of the structures built on top of the ruins have subsided less than others. You can see some ruins in front of the Cathedral under glass. 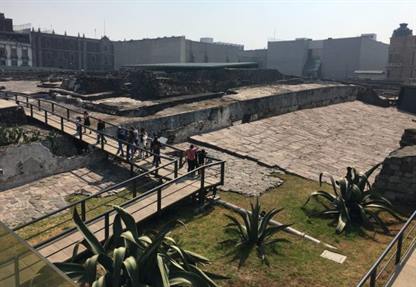 Temple de May side view 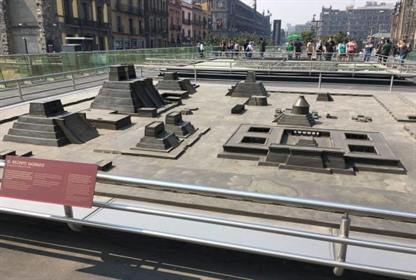 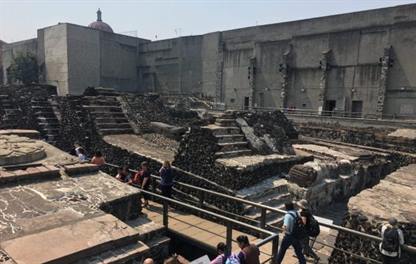 Evidence of how temples where built on top of one another

Colonial and Post-Colonial buildings and squares

As part of the tour, we then went past Plaza San Domingo, which was surrounded by government buildings, including the old head of the local Inquisition. Only 46 souls we killed here since the Spanish did not think the locals had souls. Now the square is mainly museums and government buildings. 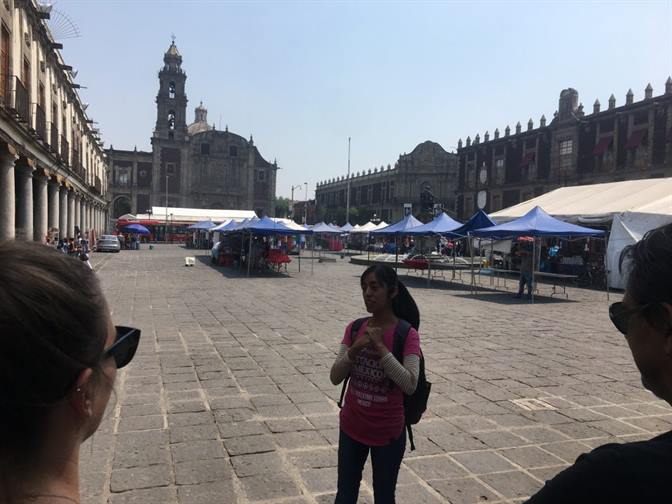 We did go past the old Opera House, now just a Theatre. Then we went to the square in front of the National Museum of Art, which was designed and built by an Italian, that bought all the raw materials from Italy. The museum was built during the dictatorship of Porfirio Diaz. Though a controversial dictator he did assist in building up Mexican wealth and position in the world. His strong leanings supporting the landowners was one reason the Mexican revolution (1910-20)

That is essential information, since the buildings of the National Museum of Art, and the Central Post office were built before the revolution. The post office is hard to describe, but opulent decadence may do the trick. Look at the pics of the Museum and the post office to get an idea. 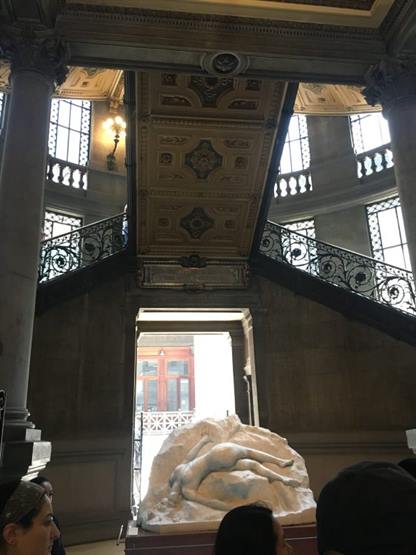 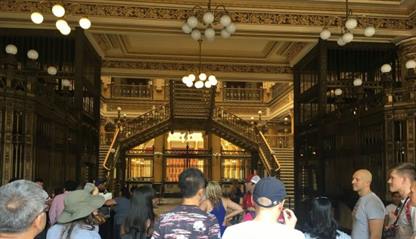 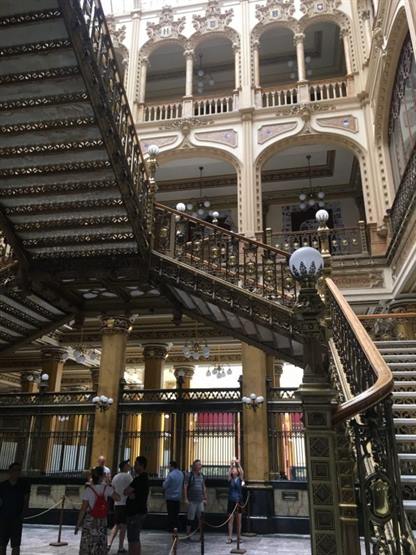 The building that was started before the revolution and finished afterwards is the Palacio de Bellas Artes. This is also on a main square and is the ugly but amazingly built communications tower now owned the large mobile Telco. The facade of the museum is spectacular and large. 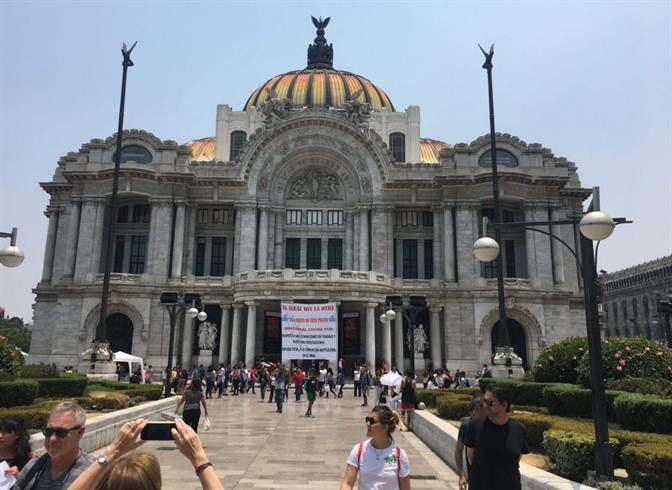 We then went to a bakery called Ideal. It is a local favourite and has been going for over 100 years. Besides being a weekly port of call it is also the regular place girls get the coming of ages cakes. This is a celebration when they turn 15, and it is called quinceañera. It is a massive event for all girls. Almost as big as a wedding. See an example of these cakes. 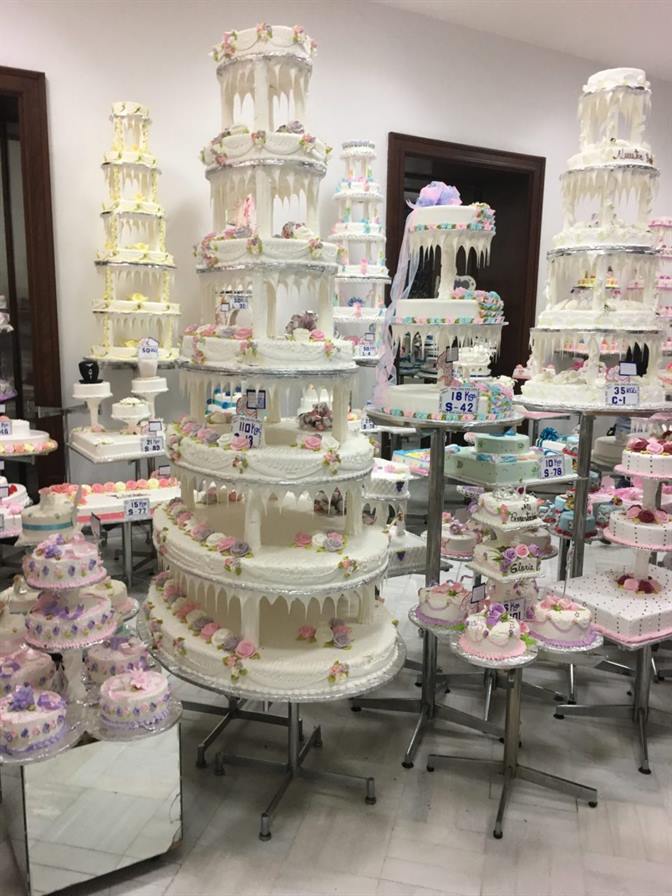 The tour ended at the House of Tiles, or Casa de los Azulejos. Which may be pre-revolution, but is interesting. It is linked to Puebla since they started developing their method of making ceramics there, but apparently, these tiles are proudly not from Puebla. It is built out of the success of a mining magnate. Very pretty to see, especially inside which is now a department store. Read more here… 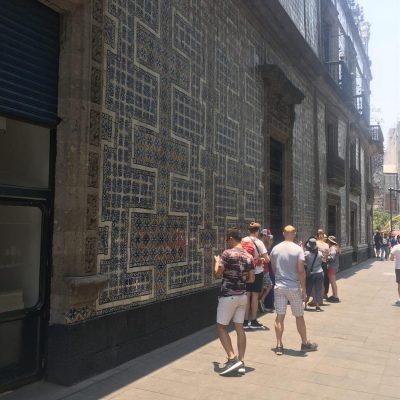 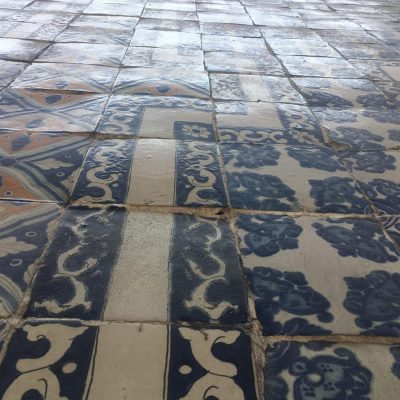 Close up of wall 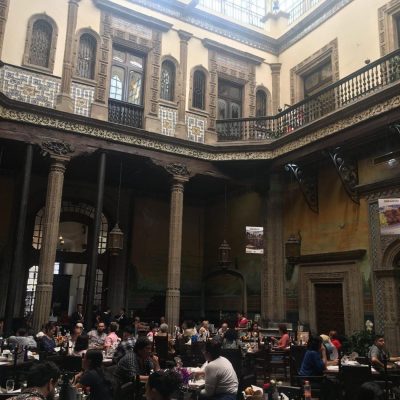 If you are interested in interior decor, then several restaurants have used old houses and made them restaurants. I popped into the inside of the tiled house, which is now a Sanborns. The decor was very decorative. I did not eat there. I had been told the best enchiladas were at Cafe de Torca. Even though I had read a few negative reviews, I felt that since a local had recommended the place I should go.

The decor is amazing. The arches are painted with ornate patterns, and there are some murals on the wall.

The food was average and expensive, at least comparing it to the street food, and my own limited experience at eating enchiladas at Cape Town based restaurants. 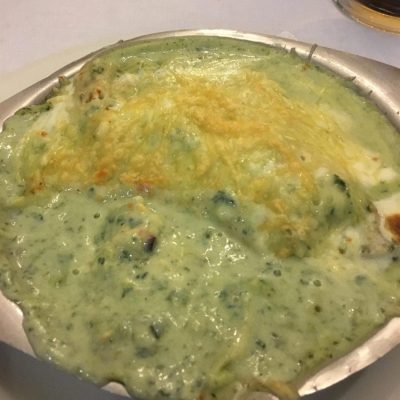 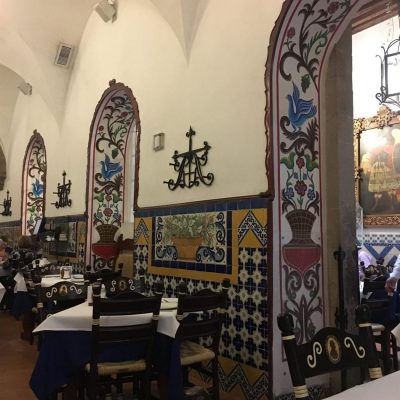 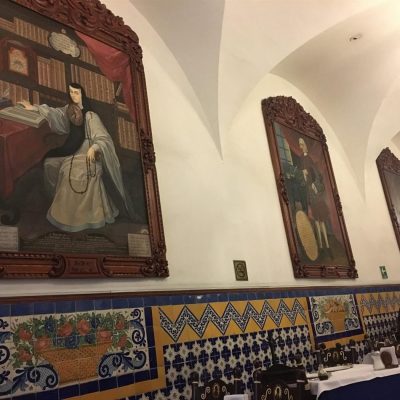 The city is a mixture of abandoned unmaintained buildings and spectacular ones. It has a real Latino American feel, but somehow the wealth is more intense where it is. It is a beautiful city and the fact that now large buildings can be built makes it keep its classic beauty. It does feel like a mixture of old, new and abandoned.

The people were amicable as long as to say Hola; they are okay. Not much English is spoken, so having some Spanish or a translation app is a must. I preferred street food and the buzz on the street. It got super busy from 11-15:00. During that time city felt like an open air mall. After taking a break (I had walked most of the day, my watch telling me I had done almost 15,000 steps), I went back out. The city started ”closing up” around 7 pm and calm and peace returned. I never felt in danger always felt safe, even with all the police around. I passed an ice cream vendor on the way back and had this ice-cream of guava juice and guava. That seemed to summarise my day juicy, with bits and pieces.

It was a pleasant day, and even though it is one less day with my family, I think the city game back to me in a way that is hard to describe. I suppose this is why millennials love travelling. With a group of friends, it may be worth spending more time to see more. Like the university that has 450,000 students or the museum of anthropology, or the ruins just outside of Mexico.

I leave you with a few last images. 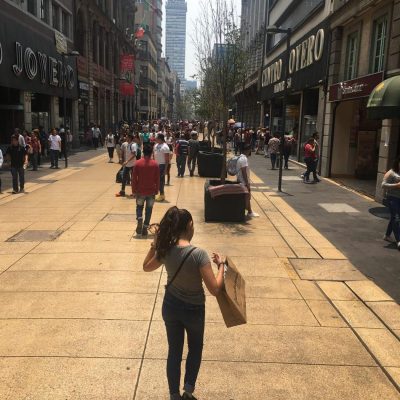 Sunset across the Zócalo 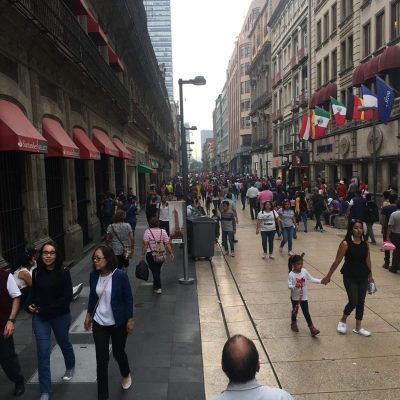 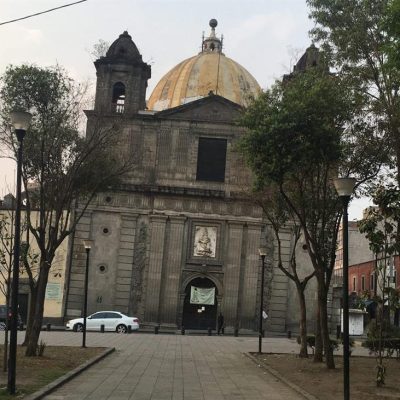 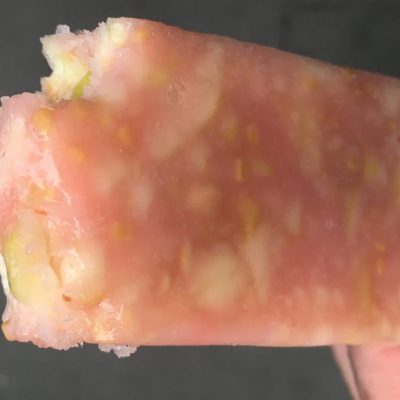