Reflecting on participating in our first Auction at Origin 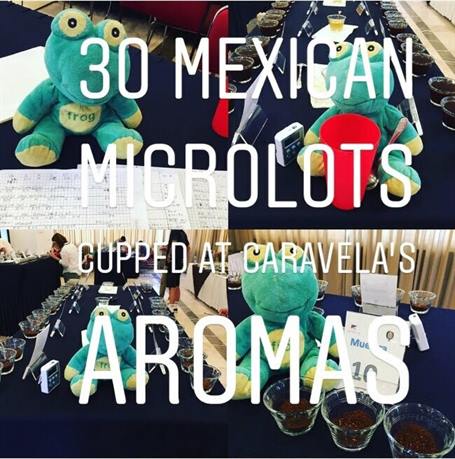 We have participated in coffee auctions remotely a few times, usually not with much success. Coffee auctions allow the coffee farmer to get feedback on their work, enables a coffee buyer the opportunity to buy some extraordinary lots, that:

At the end of the auction, the farmers are better rewarded than usual; and the coffee buyer has something they liked and has exclusivity in it. So it is a real win-win. At the auction, we attended there were no remote votes allowed, so you had to show up and participate in the judging to even bid.

The auction we attended May 2019, was the aromas in Mexico, organised by Caravela.

Before anyone even stepped foot on a plane to get to the auction, a preliminary round was performed. Caravela’s team invited farmers, and producers to submit any microlot they thought was worthy. A total of 150 lots were submitted. Through various internal rounds, this was reduced to 30 coffees, all the coffees presented has achieved a score of 86 or more.

These coffees participants are then given to judge.

Almost every attendee was a coffee roaster; the only exception was a journalist. Of those that attended the following countries were represented:

I think I got them all. There were a total of 14 panellists/ judges. It was quite humbling to be in the room with some of the legends of the industry. A few of the judges have participated at more than one CoE auction

Scoring coffee is generally performed with the SCA scoring sheet or a similar sheet like the CoE sheet. What tends to happen when cupping coffees that scored high next to other coffees on the table is that all these coffee that scored 86 or more will then score lower, since they are now being compared to coffees that are higher scoring. Meaning the scores in an assessment like this one, will typically be between 82 and 92, even though they scored 86 in previous rounds.

The point is that scoring is relative to the coffees on the table — part of the reason why there is no World Cup of Excellence.

The first round, all 30 coffees were cupped, in three rounds of 10 each. A total of 4 tables with three cups per coffee per table were prepared for cupping. Once each round was finished we handed in our scores, discussed them and added tasting notes.

The scores varied a lot, especially with the naturals, honeys and experimental processes. The lowest score on any coffee was a 70 the highest a 90. The highest and lowest scores were excluded, and an average was determined with the rest of the scores. Thereby producing 20 top coffees. However, feedback from the panel meant that four coffees were re-roast for cupping since most of the panellists had identified under development in these coffees.

For me, what was interesting is that my scores were either just below average or near. I am aware that I score conservatively, probably because I usually am only assessing coffees that score 83 or higher. However, I only had three that were way off on the first day, by the next at least 70% of my scores were close to the average, usually a little lower. While this alone is not an indication of any skill level, being average is just that, I was surprised to see that I had got that number close.

Flavour identification is where the top people showed their experience. Where we would say we found “roasted almond” they would say “vanilla and almond butter with butterscotch”. Some of the flavours found in the Mexican coffees where:

We had previously found that certain areas gave us particular notes, Chiapas caramel, Vera Cruz – white grape, and nut and cocoa from Oaxaca. So this was great news. Now we had been exposed to a fuller spectrum. While the coffees were more on the upper part and left-hand side of the tasting wheel. There were no real jammy or intense citrus coffees. These flavour notes came out, but they were not dominant players like they are in East African coffees.

So then there were 24. This time two rounds or flights of 12 were cupped. Here the score ranges were relatively tight, except for a few outliers. Once again flavour notes of the coffees where quite complex and some descriptions where quite specific to the country that the person came from. I had discussed using only notes on the current SCA flavour wheel, but was told that is not how it works.

With the final scores tallied we had a top 10, that we were going to taste the following day to determine the order they would be auctioned. I will detail those in a later post. Of the top 10 chosen, 7 of them were in my top 10. There was a lot of Geisha in the top 10, but there were also other varieties in the fight, with all many different processes, including a carbonic macerated Geisha. 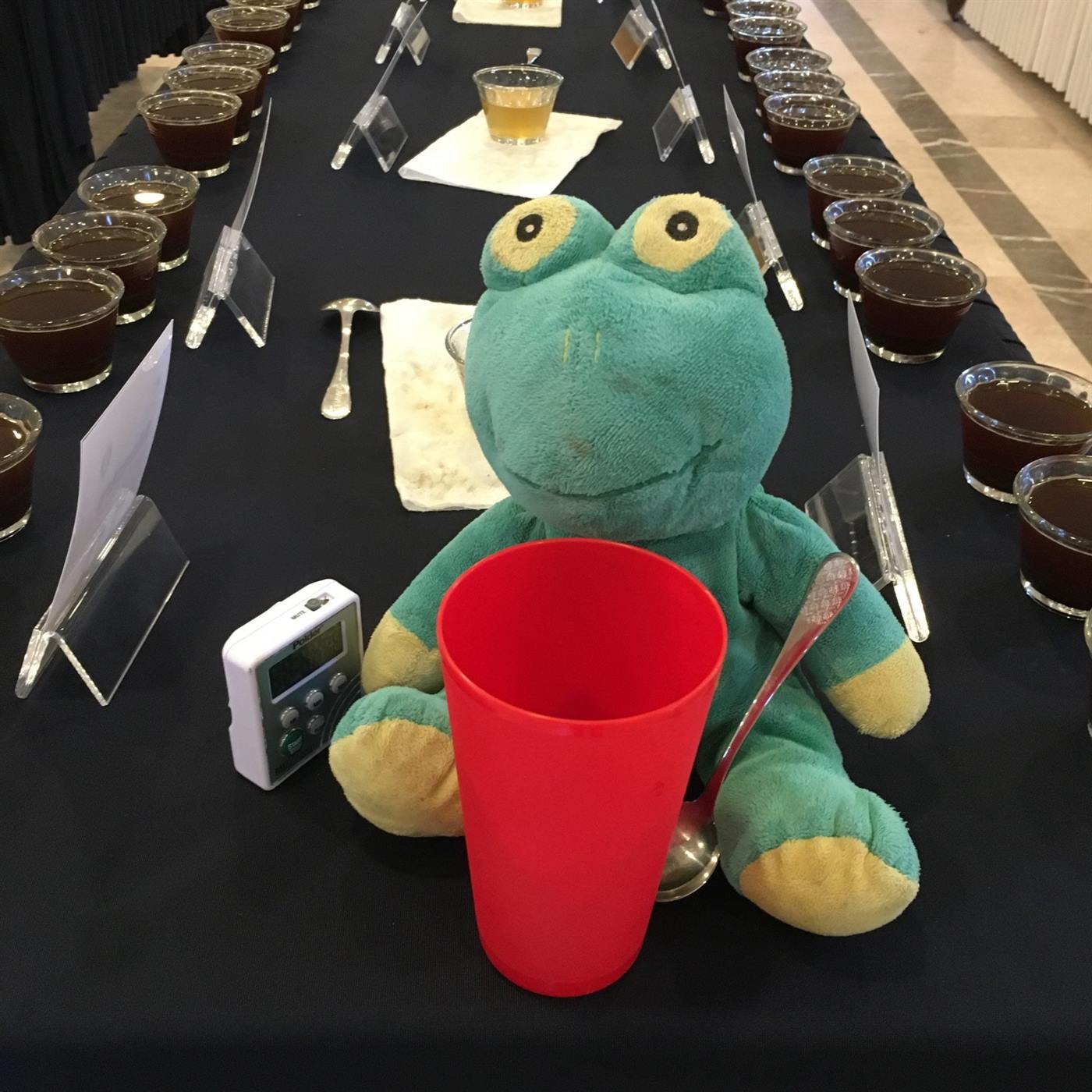 We did one last session to determine the order of the top 10? This last assessment some of the producers were there to watch. There was a little bit of seriousness in the air. I felt that where before people were concentrating well, now it went up a level with many more of us checking coffees at other tables.

The round seemed to take a lot longer than before. Then the scores were tallied. The ranges were far closer than before, and none of the coffees had a panellist score lower than 82.5 one scored 90. Then we discussed the results. The top 4 were quite close on average. My highest score was also the highest average, but my second highest came fourth. My lowest came lowest as well, and the rest I got 6 in the places that they finalised.

I did find it quite nerve-racking being on the panel. The second part of the second round when we determined the final top 10 I found I had developed less sensitivity, what is sometimes called cupping mouth. So for the final round, I spat at least 50% of what I tasted out. Doing tThis did help me assess the coffees better, so I will try and do that in the future, I just always drank the coffee.

It was a privilege to participate and work against people who are far more calibrated and tuned to assessing coffee than me. I realised that I have to look at more tastings, rather than my once a week assessment and occasional assessment for green sourcing. Most of the people attend panels and cup a lot. My 12 years of experience paled next to those that have been in the industry for half that time but are forever assessing their skills with other roasters.

I enjoyed being part of the panel and participating in something that gives back directly.